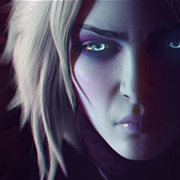 I want. To scream.

I will be the first to admit that I have a Destiny problem. Probably an addiction. Even at its worst (now? yeah probably now), the gameplay and gunplay are superb. I can always get better rolls of something. I will grind forges for that hope of getting a fun new Galliard (dismantled an outlaw-kill clip one maybe 5 seasons ago, because, you know, auto rifles...). There are things that keep me going, and sometimes I hate myself for it, but even at its worst, Destiny is my game. With the release of today's TWAB, I have officially run out of hope. Anymore, it's not so much about what isn't happening, or will happen with a future patch (how difficult can it be to tack on some extra tokens for winning matches later in Trials?), but it's about what Bungie IS doing with their time. Fortunately, before any of the fixes that will actually improve the quality of the game, we will be able to track AND EVEN display how many nightmares we killed in the haunted forest. Sure us casuals will keep getting crushed in the first few rounds of Trials (I know I know... get gud lolz) since there's no incentive to play later into the card, but hey, at least I'll be able to show y'all how many treats I've baked in my Barbie Holiday Oven, or how much Fractaline I donated. I might as well just slap an emblem on that says "Yeah, I have a lot of free time on my hands." Bungie, I have supported you and stayed faithful for so long... I'm BEGGING you... Keep checking things off the list, but holy moly, PRIORITIZE. I can't stay in the tower long enough to put my gear in my vault without getting kicked, but you are proud to announce that within the next couple updates I'll be able to show my fellow guardians my blood type. These forums turn into places for mass angry rants, and I guess in some ways this is one of those. But it's also a plea... Look back on when things went well (a weapon bounty for Trials during year one... how hard is that to make?). MAKE THE CHANGES. Make the fixes. If you can't, you can't, but please give us a dose of honesty... Are you in over your head? Out of ideas? Have a shortage of competent employees? Just tell us. It's gonna suck, but the honesty will be so so so refreshing, and we can see through the pretense anyway. If I have to see you guys pretend to be excited in a futile effort to try to get us excited about the bunker on Io (but... what do you mean you're bored of it? This one's on a different planet...), I'm going to vomit. And if I continue to vomit enough, maybe someday I'll develop an aversion and kick this Destiny addiction. I don't want to, but I'm losing my mind. There are only so many forge batteries a guy can throw at a thing before he stands up and throws his controller through the wall. And screams. Many of the changes you're talking about addressing in a future patch are small, tiny, cannot-possibly-be-difficult changes. Add more tokens... don't be so stingy with loot. There are tens of thousands of possible combinations on a SINGLE GUN (that's not an exaggeration... I'm still trying to get the exact roll of the Blast Furnace that I want... a weapon that can drop with 40,320 different perk combinations). DON'T. BE. SO. CHEAP. Give people tokens. Don't wait. Make that change NOW. Get it done by Tuesday. We believe in you. At least, we used to. For the love of all that is sweet and good in this beautiful game and community... Get your priorities straight. God bless, xBliss22x (127 Treats Baked)
English
#destiny2 #FeedbackD2
Comment Reply Start Topic
Report