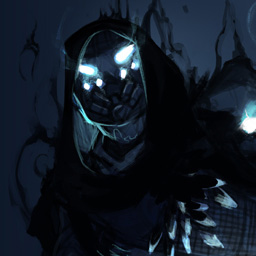 Secant Filaments should grant Devour regardless of Subclass.

The description says "Casting an empowering rift will grant you devour." It does not mention exclusivity to void. And you cannot argue that devour should be exclusive to void when you have the following: 1. The exotic sword Heartshadow grants invisibility per full sword energy heavy attacks regardless of subclass. Invisibility being a void identity. 2. One-Eyed Mask and Precious Scars granting overshield regardless of subclass when Bungie have said that they want to keep overshields a void and stasis thing, hence the removal of the overshield from Well of Radiance. 3. Rain of Fire boots can give Radiance regardless of subclass. Just like overshield and invisibility, it shines best on void subclasses, but that doesn't mean they can't be used on other subclasses. Overshield being a Titan identity, Invisibility being a Hunter identity. Secant Filaments needs to grant devour regardless of subclass as it enhances the under used empowering rift. Better yet, buff it to grant the devour buff to teammates on the rift as well to promote its team play effectiveness and allows the Warlocks to distribute the buff just like the other classes with Overshield and Invisibility. This buff can be the Void subclass exclusive and require the usage of Feed the Void aspect. And I'm just gonna leave this quote from the [url=https://www.bungie.net/en/Explore/Detail/News/51030]TWAB[/url] as it mentions just Empowering Rift, not Void Empowering Rift [quote]“This started as ‘What can we give Warlocks that would make Empowering Rift a more viable choice in Master+ content?’ We figured the answer was ‘Well, it probably has to heal you’ and eventually we settled on what we called the Devouring Rift pants. Overload was added to increase excitement and expand the options players had to build for various Champion-enabled content.” [/quote]
English
#destiny2 #FeedbackD2 #Warlock #devour #secantfilaments
Comment Reply Start Topic
Report