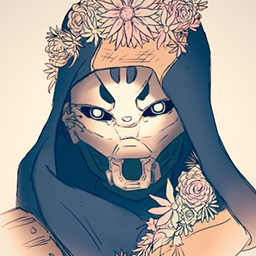 This problem has been happening for about 1 - 2 years. I'll play the game for a while and then I'll start having these frame drops/freezes after 30 or so minutes in. My whole game actually freezes for about 0.25 - 0.5 seconds and the longer I play, the longer the freeze happens. I've had some make it over a full second. This happens in both PvP and PvE. I haven't noticed a trend when it happens in PvE, but in Crucible and Gambit, it seems to be correlated with another guardian coming from out of view then into view at close range or using a super at close range. Maybe I'm just noticing these because the freeze/stall will happen and then I'm dead. I have also noticed that no commands are registered during the freeze and it doesn't seem like my guardian is moving during the freeze. Almost like I'm hitting lag that is centralized to my computer. Resetting my computer seems to be the temporary fix. A few days ago, I finally had it crash after playing for a while. It happened when playing Gambit as a Primeval was summoned and an someone invaded at the same time. Again, not sure if correlated or coincidence. This finally gave me something to look at in Event Viewer. Crash was Error: 0xC0000005. I have tried fixing the registry, clearing temp files, changing NVIDIA 3D render settings, switching my RAM speed back to AUTO in the BIOS, changing in game frame rate, VSync, Verifying game files, full reinstall, and other various settings. Nothing seems to work. I ran a UserBenchmark test to see if anything was underperforming. My HDDs are old and not performing well, but neither Destiny nor my OS are on them. The really weird part is that I performed a RAM Diagnostics check. When it completed, it never displayed results in the Event Viewer. Just brought me to login. I then ran an extended RAM test... same result. I can see when I requested the start, but there is no end result. No crash, no exit, ... nothing. I wonder if that is indicative of the problem. I've been snooping around here for months trying different solutions, but after that crash, I've had it. I just need to fix it. I can't keep ignoring it. If anyone has any other suggestions then I would be deeply appreciative. Here are my specs: CPU: AMD Ryzen 7 1800X GPU: Nvidia GTX 1080 SSD: Samsung 850 Evo 500GB (Destiny 2 and my OS are on here) RAM: G.SKILL F4 DDR4 3000 (2x 8GB) MOBO: Asus ROG STRIX B350-F GAMING OSL Windows 10 Home
English
#Help #FPS #crash #freeze #pcsupport #Drop
Comment Reply Start Topic
Report