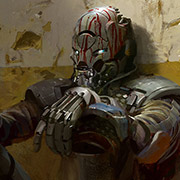 Cyber Bullying. Everyone can make a difference.

Everywhere we look, everywhere around us, we see things which most people turn a blind-eye to. Something that makes us hide in fear, hate our lives, and even want to end it all. Something so small but can so drastically change one's whole life. Something that ruins self-esteem, ruins beautiful personalities, ruins lives. It's a serious issue which we can all play a heroic role in to damper the pain which half of the world has been oppressed by. You can be there for another human being, you can make a difference in their lives. Make them feel worth something again. Make them feel beautiful. Make them feel like a part of this giant but so small world. So stand up for your neighbor and mute the noise of hate. You can make a difference. You can save a life. Go get em' guardians! [b]Edit: I would really like to be able to reply to everyone of you guardians and have intelligent, factual arguements, debates, and coversations. I'll reply to as many of you all as I can. However, there is a lot of you all! ;)[/b]
English
#Destiny #bullying #cyber
Comment Reply Start Topic
Report