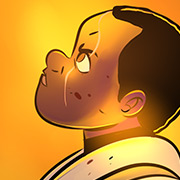 Before i get into this one I would like to say a few things: [Spoiler] - I have 3 big concepts planned but debating if i should post it under forums just to see it fall under the radar or save it for when I take part in bungie one day (i slightly doubt the second option, but tired of the first one happening ALOT.) - For those that do reply saying literally anything that could help me, thanks a bunch. And y'all are the only reason im even posting these concepts.(other than archiving) - I might just start leaving purposeful errors on my forums just to bother someone into pointing it out.(jk) Keep note im not ranting, just getting things off my chest. *clears throat* [I]rant over.[/i] [/spoiler] "Take a step for me and think to yourself: are we really on edge of thinking outside the logic we believe in?" -Vanessa Winterfield <Click spoiler for lore> [spoiler] [B] "Take a step for me and think to yourself: are we really on edge of thinking outside the logic we believe in?" [/b] [I]This really isn't a far-fetched experiment to pull of as I thought it would be. Warlocks don't really wear armor because we primarily rely on our magic and sorcery to keep us safe. This Vex armor plating has something to do with rift summoning, is it just a facade?, Or is my weapon stuck in the past? I don't know. These past studies are starting to get out of hand This is my third and final entry. I laced the soles with vex radiolarian fluid to stabilize this weird phenomena. I don't know if this is something otherworldly or just another one of asher mir's "this is too hard for me to care" episodes that he keeps having. So far all i could do is accept this weird piece of armor as something that's better a question and left as a question than saight to figure out.[/i] -Vanessa Winterfield [/spoiler] <[PERKS]> [B]Vex-Radiolarian Rifts[/b] (Exotic trait) Combines empowering rift and healing rift in cost of longer cooldowns. Standing in the modified rift grants the held weapon [b]Fourth times the charm[/b] and [b]Zen moment.[/b] The more allies stand inside the quicker the cooldown for rifts are and the longer they last. _________________________ <[EXOTIC CATALYST]> [spoiler] Method: Simplified/Overtime Steps: 0 [I]Uses in Radiolarian Rifts: Ally Step-ins: 0/100 Fourth times the charm/zen moment triggered from you or ally: 0/1,800 Rifts placed: 0/150[/i] *armor catalyst aquired* [B]The Bigger the Better[/b] Rift size increased, For every other [b]fourth times the charm[/b] trigger, 2 rounds return to held weapons reserve. [B]Fourth times the charm[/b] and [b]Zen moment[/b] effects last a short time after leaving rift. [/spoiler] ________________________ <[ADDITIONAL DETAILS]> -depending on which rift was selected, one rift aura will have a better effect than another. -Empowering increases damage further and increased stability, but slows the regen speed of healing. Healing rift resists more damage in shield form, but lowers the damage increase. - any ally leaving the rift with the armor catalyst active lingers the effect for 12 seconds.
English
#destiny2 #Concept #creation
Comment Reply Start Topic
Report