Service Alert
We are actively investigating issues impacting players' ability to sign in to Destiny 2. Until resolved, players may experience disconnects or be unable to sign in. Please stay tuned to @BungieHelp for updates. 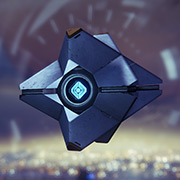 Bought Destiny 2 Deluxe Edition on Battle.net, does that still mean anything?

Hello everyone, back in 2017, when Destiny 2 was still in the Blizzard Launcher, I bought the "Deluxe Edition" for 80€. Having the deluxe edition meant, I wouldn't have to buy future DLCs, (Season Passes weren't a thing then). Last year, Destiny 2 went from Blizzard / Battle.net to Steam and became F2P. Now my problem is: I paid 80€ for a game, which now is F2P and I have to buy everything new extra. I really like D2, but at the same time, I really cannot afford to buy every new season or DLC for 40€ when it's released. That is why I made the decision to pay those 80€ back then. Is there a way to get either those 80€ refunded OR to get that Deluxe Edition status on Steam? Thanks in advance, Cypher
English
#Help #LegacySupport #Blizzard #steam #refund #battlenet
Comment Reply Start Topic
Report