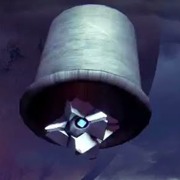 Look, no matter what you might think you do as a single player, simply not playing the game and dropping it isnt going to make bungie change. They arent going to actually fix anything. So, lets change that. Starting today, lets spread the word to [b]destroy the city[/b]. Its going to come down to a community challenge again. Some goal that WE have to hit, and its the same thing WE can chose NOT to hit. Just dont do it at all. Even the smallest amount will be enough for them to decide "ehh, that was close enough". So join the darkness. Spread the word guardian, and let the city crumble to the ground. edit:[b]remember, no tower means no tess[/b]
English
#destiny2
Comment Reply Start Topic
Report