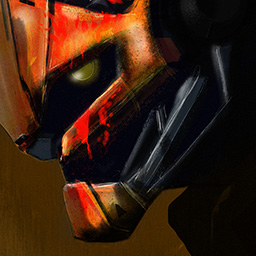 No, being skilled is overrated

Oh my dearest Bungie, TDLR: We're tired of cheap mechanics such as target marking (aka wallhacks) giving ourselves or opponents an unfair advantage (back in the day real gamers called it cheating). Amend the issue by removing such mechanics from PVP. "I want things to change" would be the statement of the century, but here we are debating whether or not it is proper and fair to use a crutch in pvp environments. Across the seasons we've had quite a few crutches, but you Bungie, instead of learning from past mistakes you seem to be quite rampant about repeating them. Now, we're not going to list a lot of the features which need adjustments Destiny2 has introduced us to (there's quite the list). Rather we're going to focus on each issue at a time that way we can be both effective and efficient. We're off to a great start! The problem the whole community is facing at any given point of their beautiful time spent in the PVP environment is the ability to track other player/s' movement through walls, for classics also known as wallhacks. Alright, alright, alright, but how shall we overcome such tremendous challenge? Hmm, how about..I don't know..remove it! I want to earn my kills due to my aim, movement and game awareness, not because of a cheap mechanic I can abuse. A lot of Destiny2 legendary players will agree with me on that, and on the off chance you've secured your legendary status with the help of such mechanics. Let's just say Bungie should take half the credit for your achievement, to avoid butthurtness. Not to leave my fellow average players with whom I've spent most of my time in the trenches, the majority of them will agree with me on this matter. Bungie, it is time we level the play field and remove the wallhacks from the pvp scene. I'm well aware we are not supposed to be fighting fair in a PVP battle, but there should be some ground rules which should place a boundary between skillful players and cheaters. I want to earn my stats because I have challenged myself to become a better player, not to earn my stats because I have a better exotic than my opponent. That being said I come back to my initial statement "I want things to change". To our beloved community, if you've reached this far into the topic debating whether or not to skip this topic you can partake by voting one of the options in this topic's poll. Things do have to change if we want to thrive as a community and this is where you can make a difference. Thank you all for reading this post and hopefully we can see this through. (If you got my sarcasm sprinkled all over the topic, I love you!)
English
#PvP #destiny2 #FeedbackD2 #petition
Comment Reply Start Topic
Report