Sep 10, 2020 - dmg04
This week at Bungie, we’re consuming stacks of Light.
Within Destiny 2, the exodus of Io, Titan, Mercury, and Mars continues. Zavala has tasked you with spreading word of impending Darkness and keeping our beloved vendors up to speed. There are still a few more loose ends to tie up on these destinations, so get to it.
Along your quest, you’ll have some final chances to earn unique loot and fill out your collections before access to various strikes is impeded by the Darkness.
While the Traveler may have chosen you, it’s almost time to go beyond the Light. Don’t forget where you came from, though, as we’re celebrating Destiny’s almost-seventh birthday this week! Yeah, we know, it’s been six years. But seven is darker. 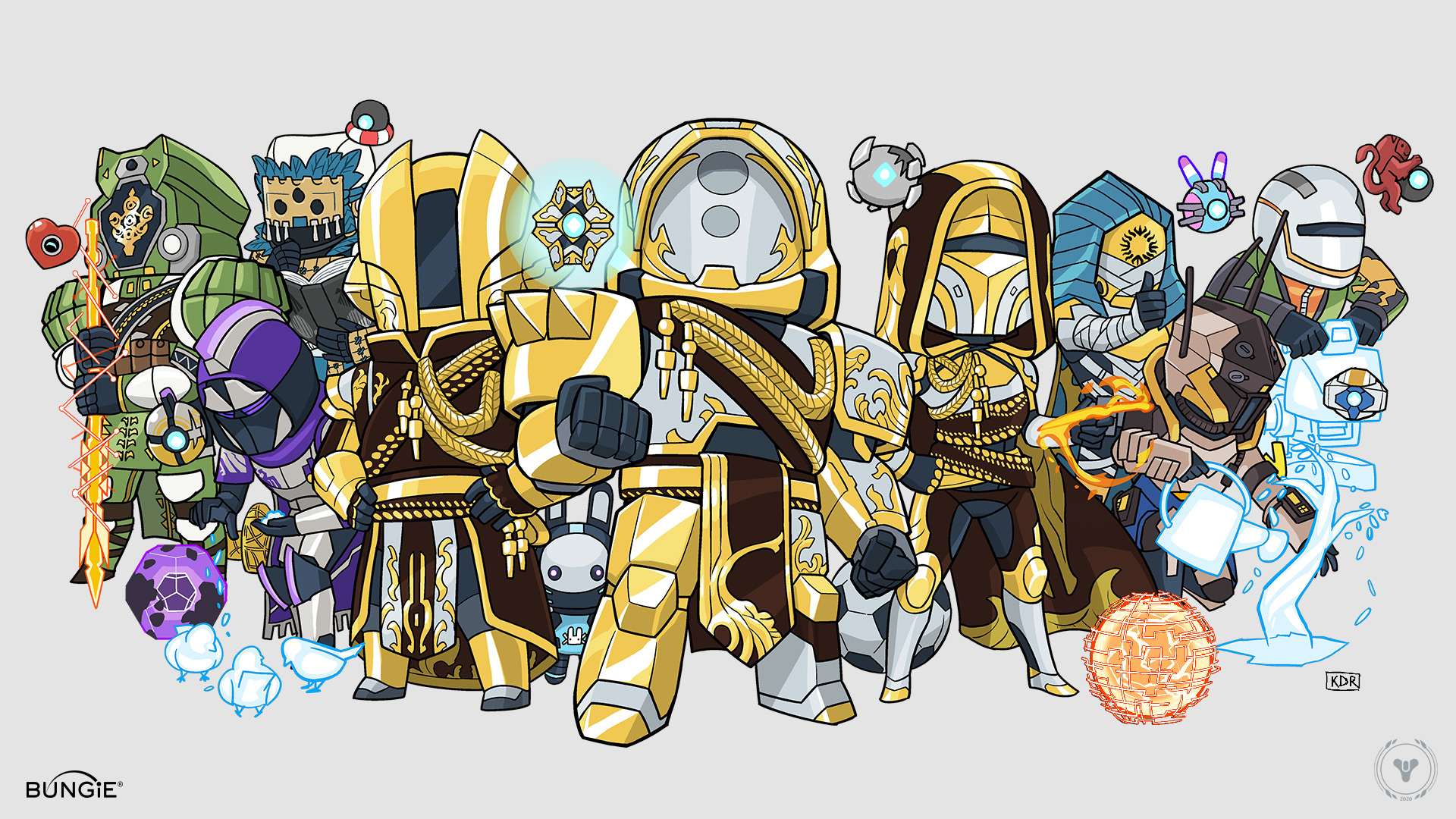 If you haven’t snagged the sweet wallpapers or seen our Stasis deep dives, head on over to our fresh blog article covering the fun! While we're celebrating the past, we're also getting ready for the future. 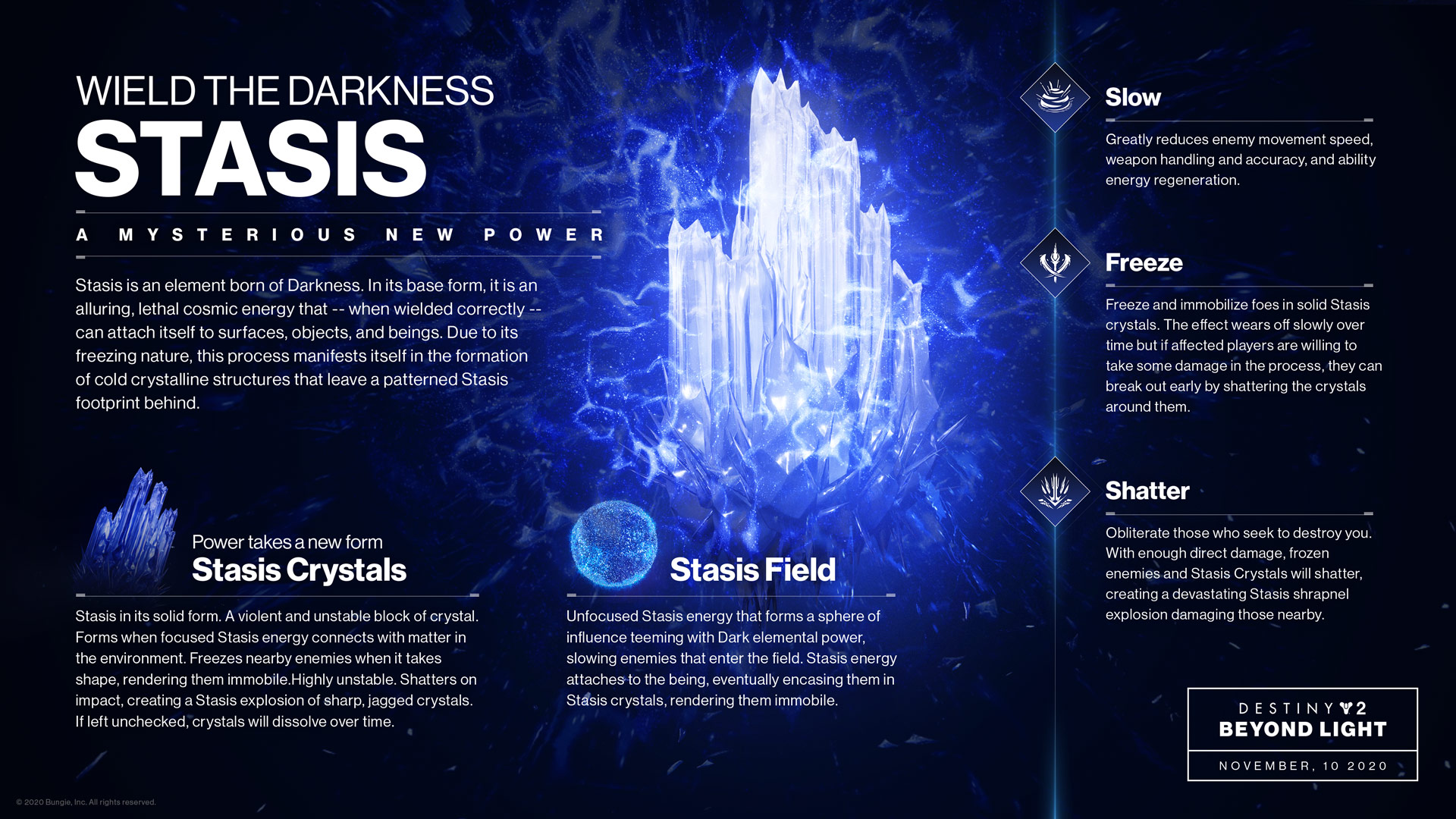 Whether you’re a veteran of Destiny or have just been rez’d in the Cosmodrome, thank you for playing, and thank you for being a part of our community.

A few TWAB’s ago, Luke Smith took some time to run through changes to our philosophy in doling out rewards through the various activities of Destiny 2. Hit the article again if you’d like a refresher on vanity, cosmetics, and more. Today, we’ll be focusing on core playlist rewards (strikes, Gambit, and Crucible).
To quote the article, here’s what you can expect on November 10: 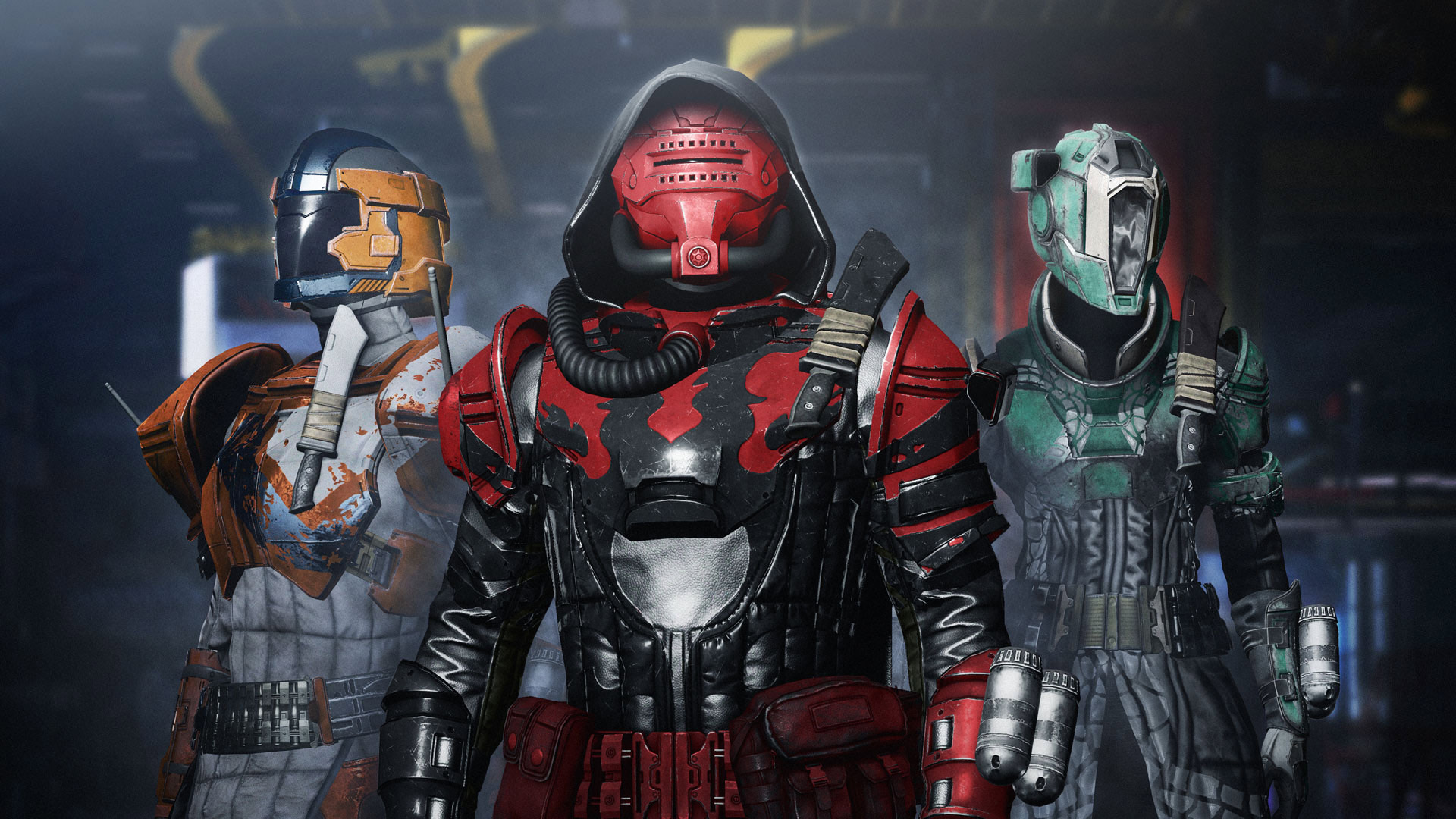 This armor can be earned by completing activities or through vendor rank-ups. Weekly challenges are also being updated to offer avenues for players to earn higher-stat packages for these armor sets.
Additionally, Year 4 will see the return of pursuit weapons. For those of you who may have joined our community in the last Season or two, these weapons have static perks, but allow for some customization. The final two perk columns have multiple perks to choose from, so you can tailor your weapon to your desired playstyle. Our eagle-eyed Guardians may recognize this beauty from a recent Stasis trailer…. 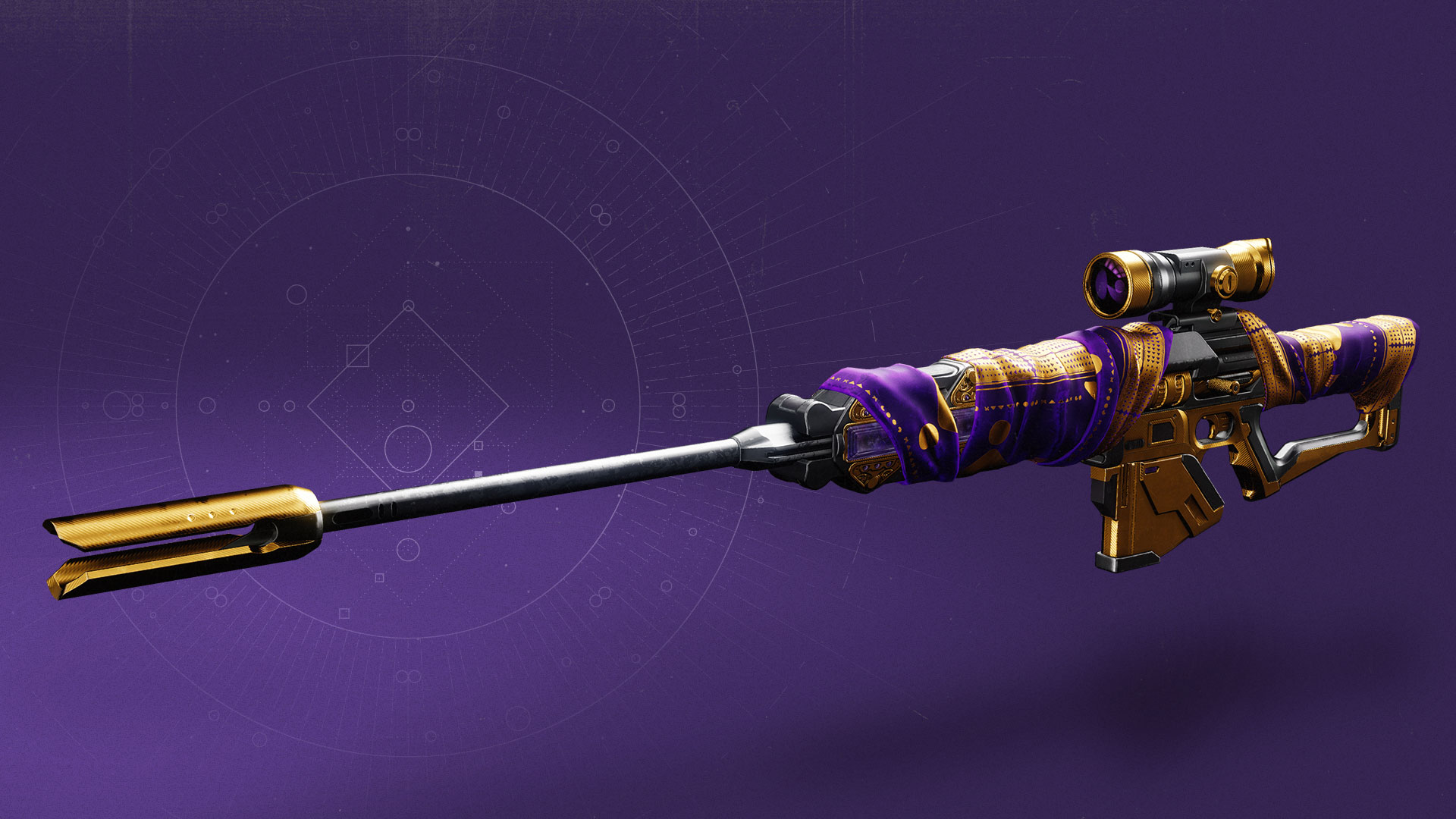 Our goal is to have a pursuit weapon available per Season, earned through a focused quest. Banshee will give you a choice between Strikes, Crucible, or Gambit to earn the base model. Make sure you take a moment to think about how you want to earn the weapon, as you'll be locked in to specific objectives for whichever activity you pick.
Once you finish the main quest, Commander Zavala, Lord Shaxx, and the Drifter will offer you an additional quest which will reward you with weapon ornaments to the theme of their respective activities. If you’re omnivorous and enjoy all three offerings, all three will be available to you. 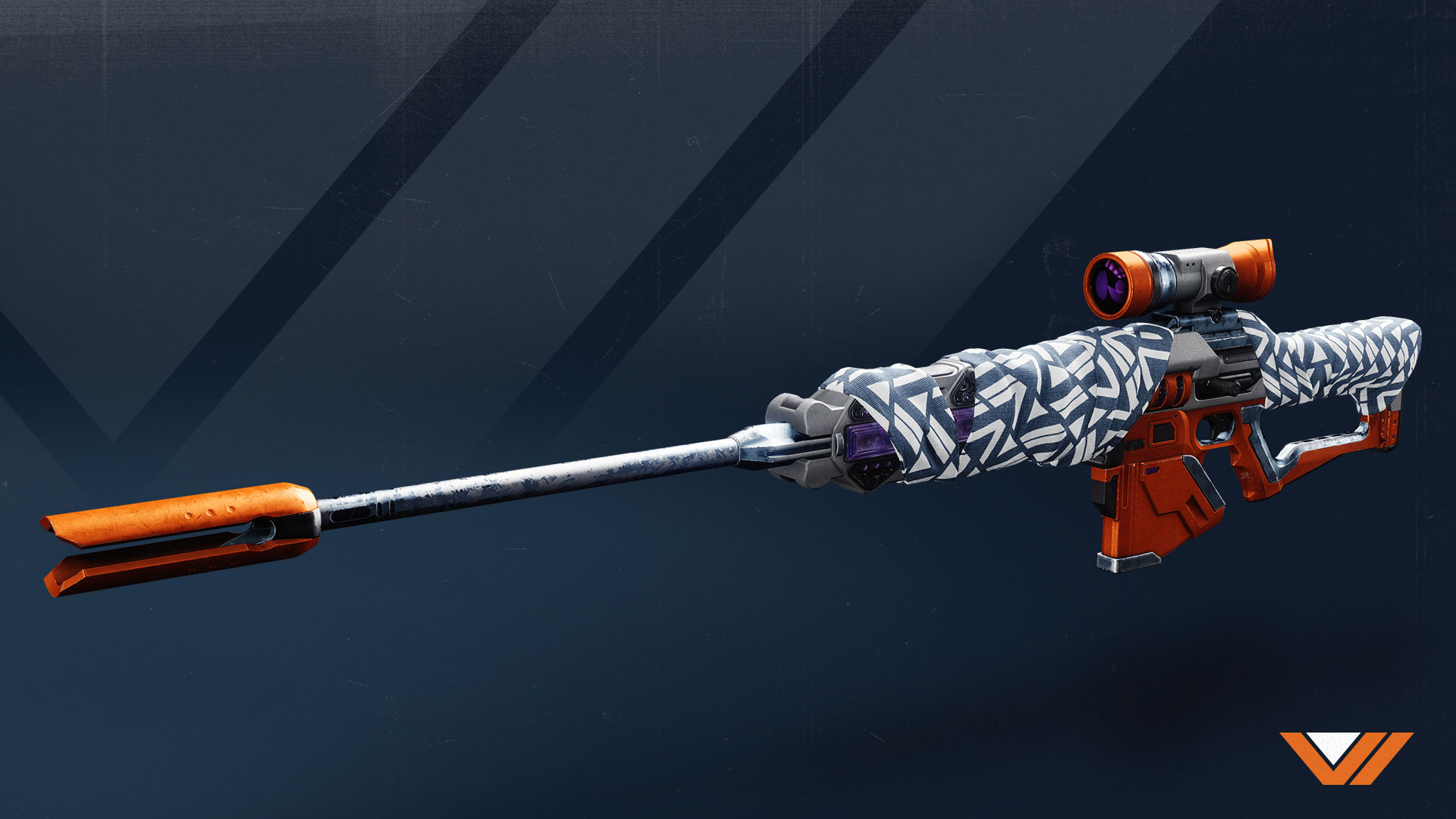 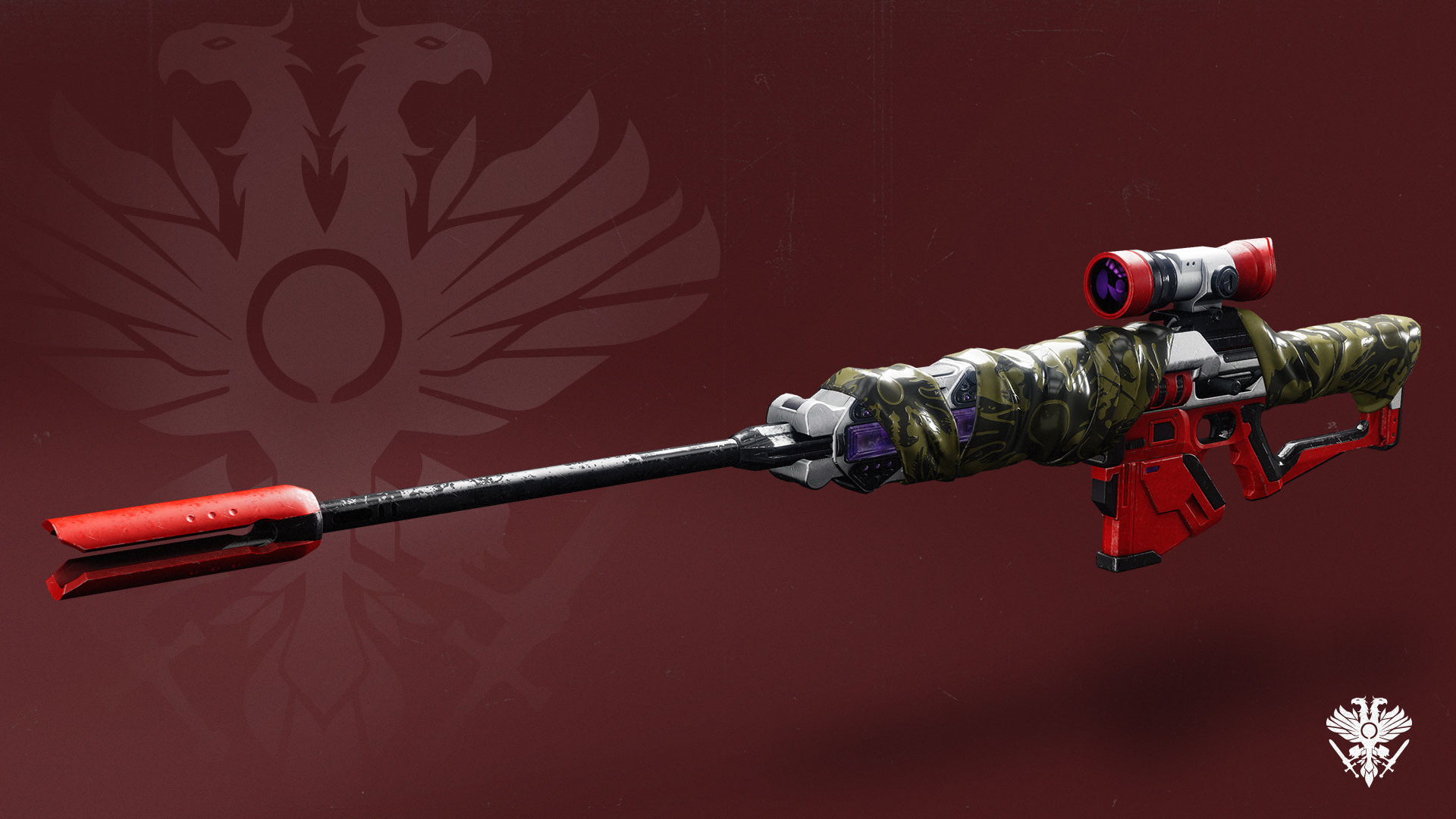 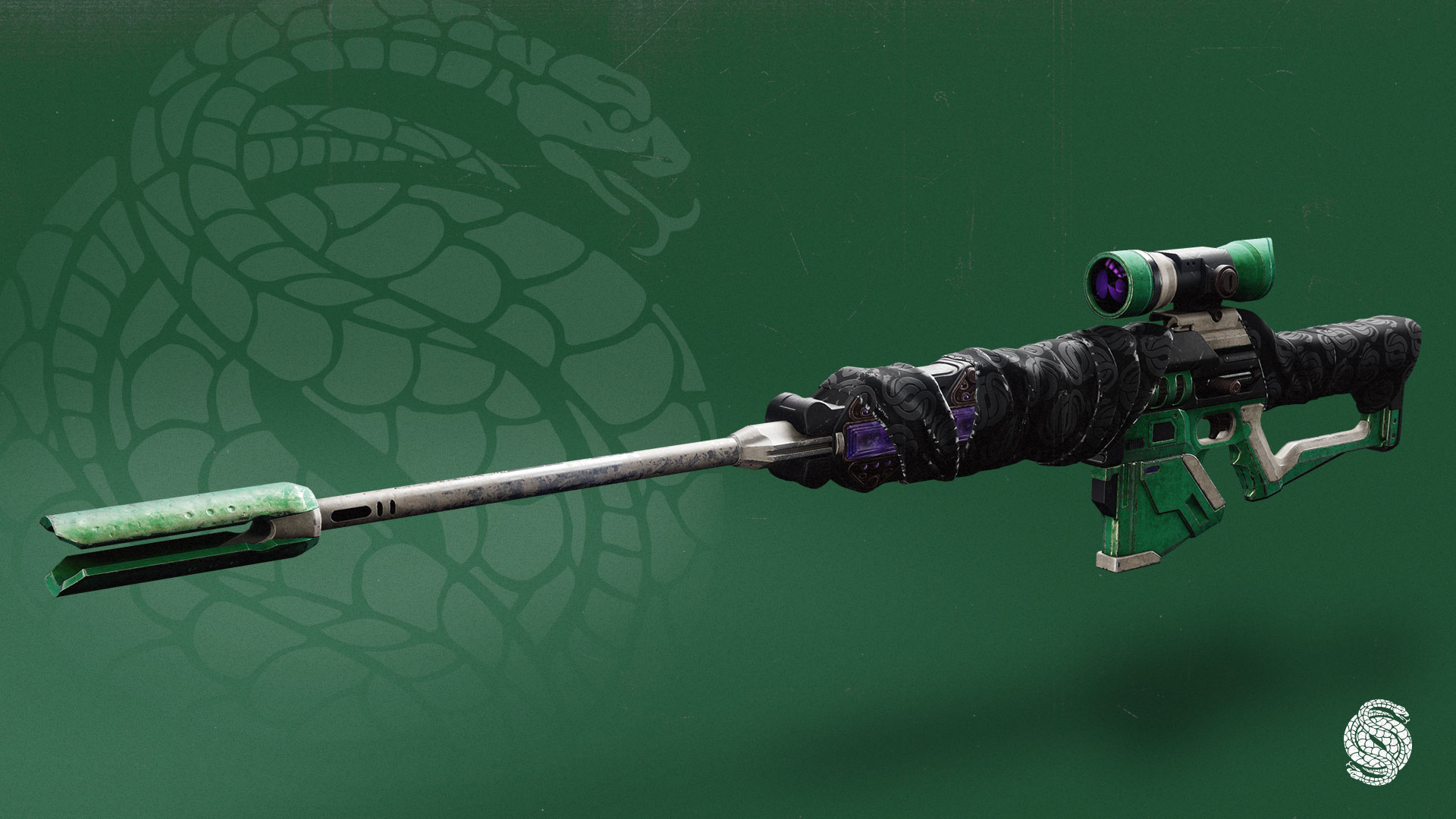 So, now that we've caught your eye with some fancy armor and a new sniper, let's take a quick look at how things are changing for core activities as you launch into your new adventures on November 10. Strike, Gambit, and Crucible playlists are being streamlined.
Crucible
Starting in Season 12, the Director will be updated to reduce the number of playlists available at a given time. 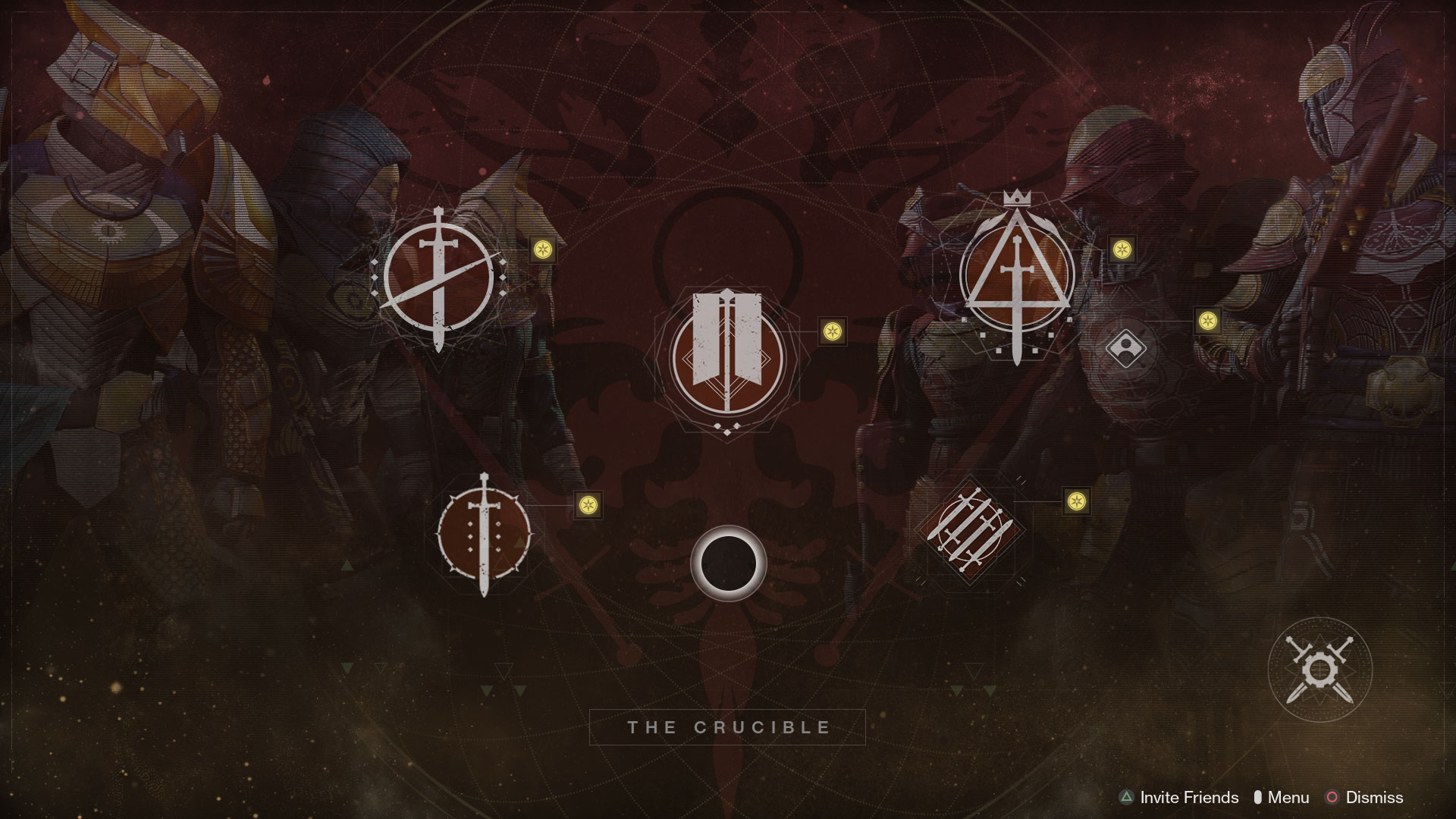 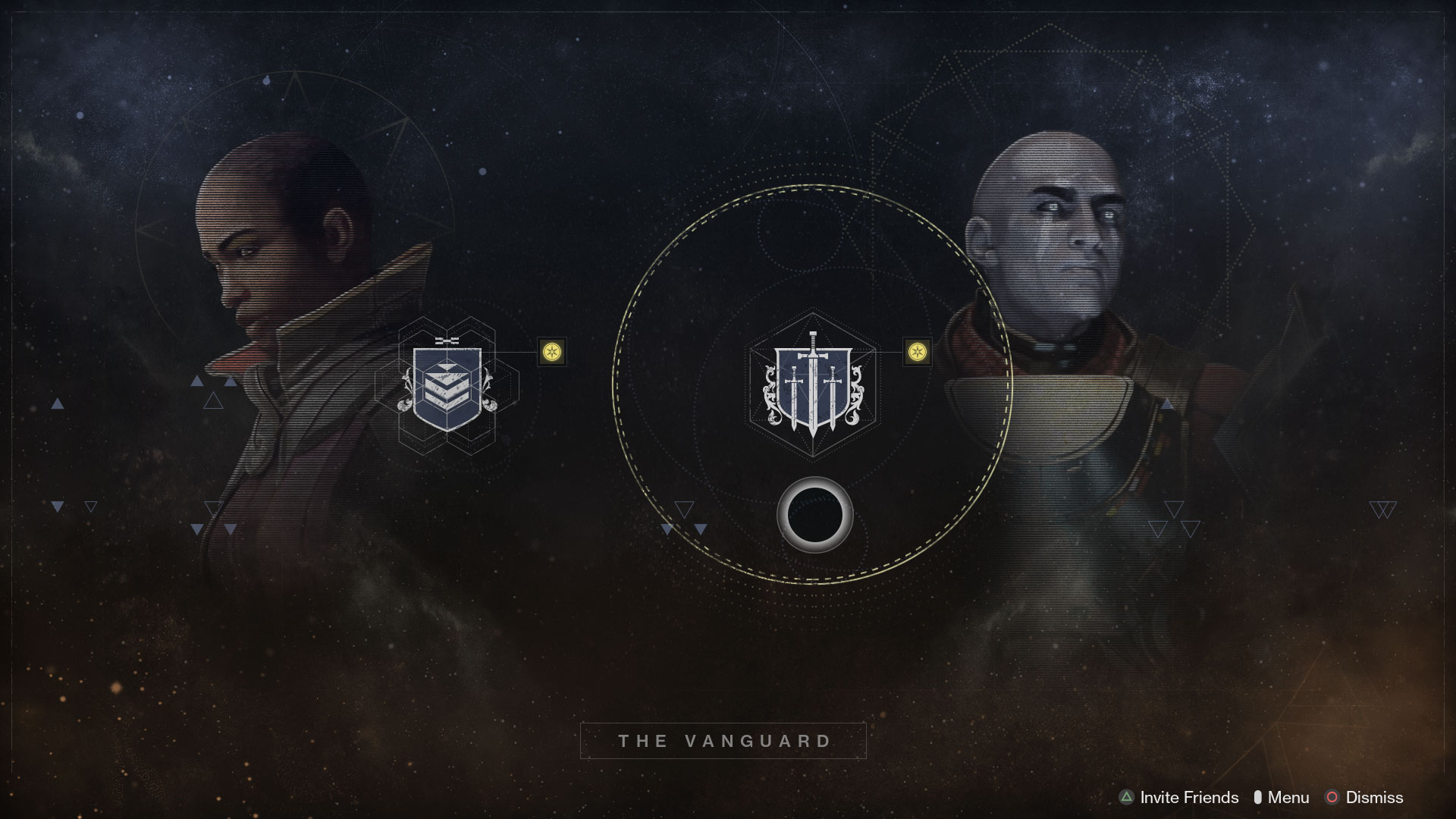 Gambit
As covered last week, Gambit and Gambit Prime will be consolidated into a single mode. We have some additional details on specific rule changes, as well as development notes from the team on how things are changing, and the goals behind them.

Hi Gambiteers! We wanted to give you an explanations of rules changes coming to Gambit in November, as well as a key update from last week.
First, some goals we wrote down before we started:
We started with the Gambit Prime encounters, full stop. However, without the Reaper buffs, the Large bosses that come in enemy waves were too tanky – so we pulled them all down to miniboss or elite. The pacing should feel like how Gambit feels for a pickup group, or how Prime feels for a fully kitted team.
We also playtested the “having the motes” phase target a score of 150, and/or have a heavier mote drain, but this allowed organized teams to steamroll even more effectively – not less. So, we pulled back to the current Gambit Prime mote target and drain.
We started with the Gambit Prime Blockers, but pulled the Taken Captain from the Blocker lineup, as he proved a little too potent for a 10-mote Blocker. We replaced him with the Phalanx, who can be tough to kill, but not as lethal. Since we don’t have the armor perks, we also had to remove the 20-mote Giant Blocker.
We kept the invasions during mote phases at three – just like Gambit Prime – but pulled back the minimum time between invasions during mote phases from 10 seconds to 20 seconds. It never feels good to get invaded back-to-back.
For the boss fight, we started with the Gambit Primeval fight, removed the timed Slayer buffs, increased the Primeval health and potency of the slayer buff given by when killing envoys. We respawn the envoys every 40% damage done to the Primeval – so if you get invaded and the Primeval is healed a lot, you have the opportunity to get more Slayer buffs and catch up. The fight length ends up somewhere in between the original Gambit and Gambit Prime, so we adjusted the invasion timer during the Primeval phase to match – right in between Gambit and Gambit Prime timing.
So, overall this mode will be a little quicker than Gambit Prime – mostly due to shortening of the boss phase and the removal of the larger bosses from the fronts, but one that still gives that great Gambit feeling that you all love. 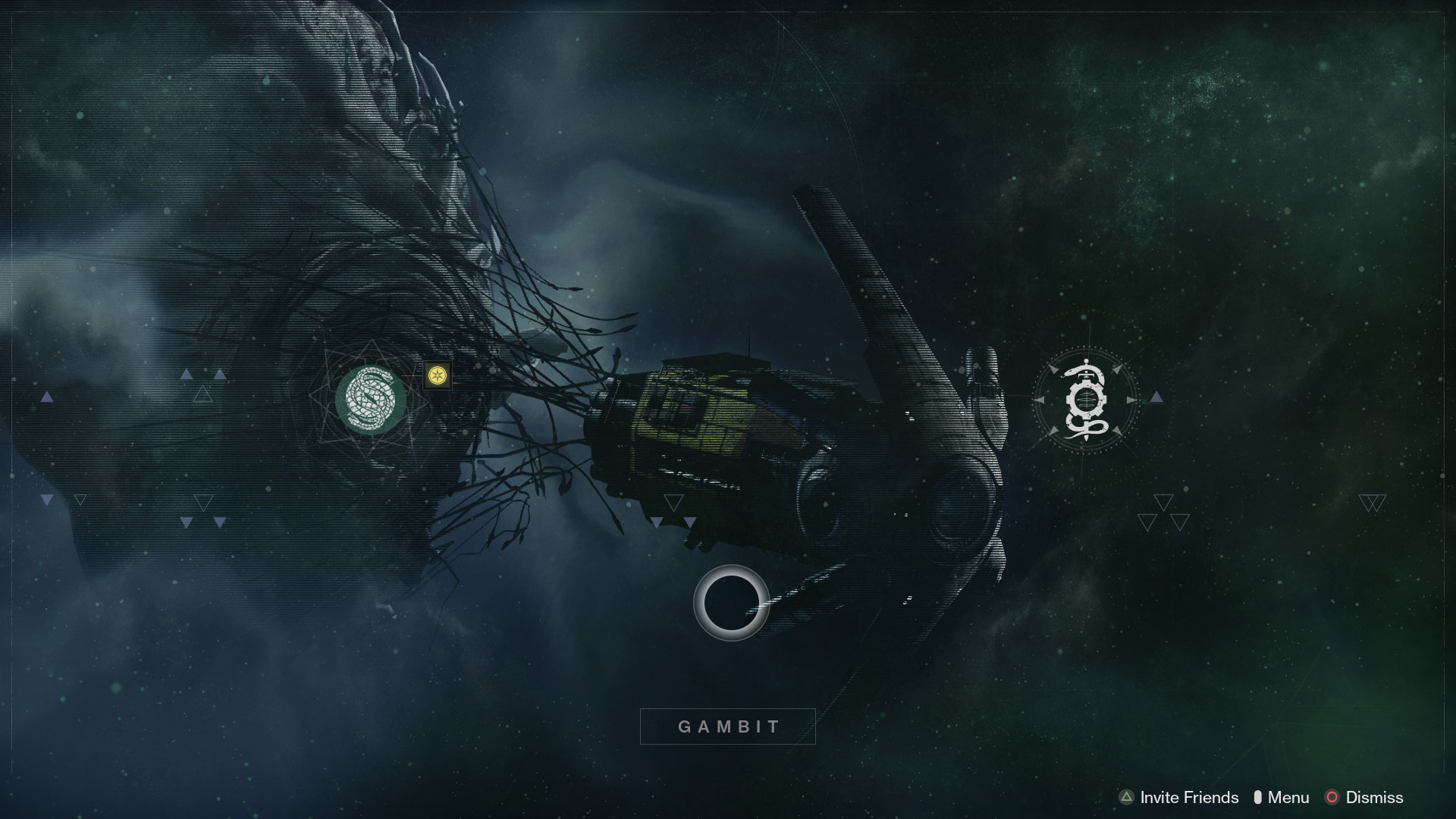 We see you’re hungry for info, and we’re excited to bring the heat. As we approach Beyond Light, we’ll have more details on how your weekly rituals are changing. Economy, Eververse, Sandbox, and more. We’re looking forward to talking about things like solo queue Iron Banner, but we have a few things left to tie up as we approach launch.
Stay tuned…

Last week, we announced some changes coming to Triumphs in November. Various Triumphs and Seals will soon become unavailable, leaving you to figure out which things to prioritize before the end of the Season. Partnering with some community API creators, there are now multiple options for you to create a checklist of sorts. Here’s a quick list in no particular order. They’re all amazing, and we hope you find one that suits you best!
Many thanks to these creators, and we’re excited to see how their portals and communities grow as we begin another year of Destiny content.

The noble quest to vanquish all bugs

Destiny 2 Update 2.9.2 shipped this Tuesday, and the Player Support team has been prowling the #Help forum in search of fresh bugs to smash. Thankfully, it doesn’t look like there are any major issues cropping up!
This is their report.

COMPANION APP
Early last week, Bungie.net and the Destiny API underwent maintenance. As a result of that maintenance, item transfer performance using the Companion App or third-party apps became roughly 10x faster for most players. The Companion app can be used by all Destiny 2 players on any platform, console or PC.
CONTACT FORMS
Last week, we were investigating an issue with our Contact Forms on Bungie.net. This issue has now been resolved, and players can now use the various contact form to submit help requests on help.bungie.net.
RESOLVED ISSUES
Below is a list of issues that have been resolved with Update 2.9.2 on September 8. The full patch notes for Update 2.9.2 can be viewed here.
CURRENT KNOWN ISSUES
While we continue investigating various known issues, here is a list of the latest issues that were reported to us in our #Help Forum:
For a full list of emergent issues in Destiny 2, players can review our Known Issues article. Players who observe other issues should report them to our #Help forum.

Have you consumed your daily dose of Light, yet? No? Well, go grab your Traveler’s Chosen and have a stack! I heard it goes well with popcorn, a soda, and a relaxing MOTW.
Movie of the Week: Legends Never Die

Want a chance at the MOTW emblem? Head over to the Creations page and submit your stuff! As a heads up, we’ll be getting a new emblem to hand out for MOTW in Season 12, so shoot your shot before the current offering is gone. More on that in a future TWAB.
It’s weird to think, six years ago I was sitting in my friend’s garage, wrapped in a blanket, playing through Destiny for the first time after calling out “sick” from work. I think my initial character was a Hunter. The cloaks were cool, and the Golden Gun shown in the trailers caught my eye. I had no clue what Rampage was, why Suros was considered good, or why anyone would care about an Exotic Rocket Launcher.
Fast forward to now, we have a massive community with multiple expansions, Exotics, weapons, subclasses, and more under our belts. You’ve fought back the Darkness, lost your Light, met a Wizard that came from the Moon, and more. And now – in only a few months – after looking at beautiful concept art since 2014, we’ll finally sink our boots in the snows of Europa. We’ll also be embracing Darkness abilities for the first time.
I know I’ve said “we’re just getting started” a few times since starting on the Community team… but every release gives us a chance to set off on a new path. Fresh experiences with a sense of wonder, challenges that push you and grow your skill, and opportunities to make new friends along the way. Thanks for joining us on this wild ride.
Now, it’s time for me to hop into Iron Banner as I hunt for a few different rolls on my weaponry. I’ve heard whispers from our Sandbox folk on upcoming changes to 110 Hand Cannons. Might be fun to snag a few random rolls to try out when Beyond Light ships. That conversation is for another time, though. How about next month? We’ll see if this little tease makes it through editorial. If it does, I bet you 200,000 Glimmer that someone makes a five-minute YouTube video about it.
Happy hunting.
Cheers,
-dmg04